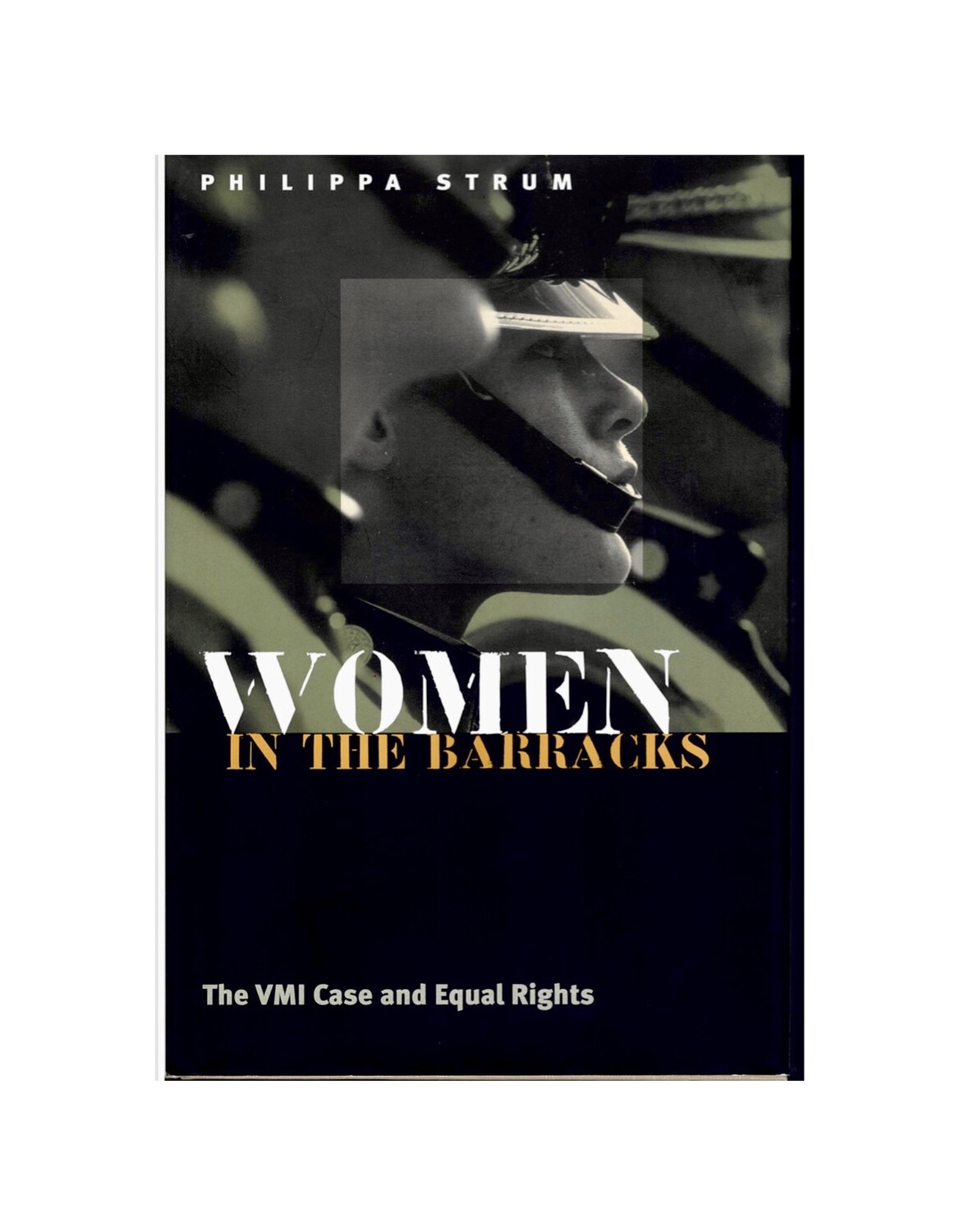 Women in the Barracks by Phillipa Strum

Women in the Barracks: The VMI Case and Equal Rights by Phillipa Strum

In June 2001, there was a decidedly new look to the graduating class at

Virginia Military Institute. For the first time ever, the line of

included women who had spent four years at VMI.

VMI had operated as a revered, state-funded institution—an amalgam of

throughout that long history, no one had ever questioned the fact that

only males were admitted. Then in 1989 a female applicant complained of

discrimination to the Justice Department, which brought suit the

In a book that poses

the origins of this landmark case back to VMI's founding, its evolution

over fifteen decades, and through competing notions about women's proper

place. Unlike most works on women in military institutions, this one

also provides a complete legal history—from the initial complaint to

the heart of the VMI case was the "rat line": a ritualized form of

hazing geared toward instilling male solidarity. VMI claimed that its

system of toughening individuals for leadership was even more stringent

Institute were forced to accommodate women.

lawyers from Justice and VMI, heads of concerned women's groups, and VMI

administrators, faculty, and cadets to reconstruct the arguments in

this important case. She was granted interviews with both Justice

Ginsburg, author of the majority opinion, and Justice Scalia, the lone

dissenter on the bench, and meticulously analyzes both viewpoints. She

shows how Ginsburg's opinion not only articulated a new constitutional

standard for institutions accused of gender discrimination but also

represented the culmination of gender equality litigation in the

Women in the Barracks is a case study that combines both legal and cultural history, reviewing the long history of male elitism in the military as it explores how new ideas about gender equality have developed in the United States. It is an engrossing story of change versus tradition, clear and accessible for general readers yet highly instructive and valuable for students and scholars. Now as questions continue to loom concerning the role of state funding for single-sex education, Strum's book squarely addresses competing notions of women's place and capabilities in American society.