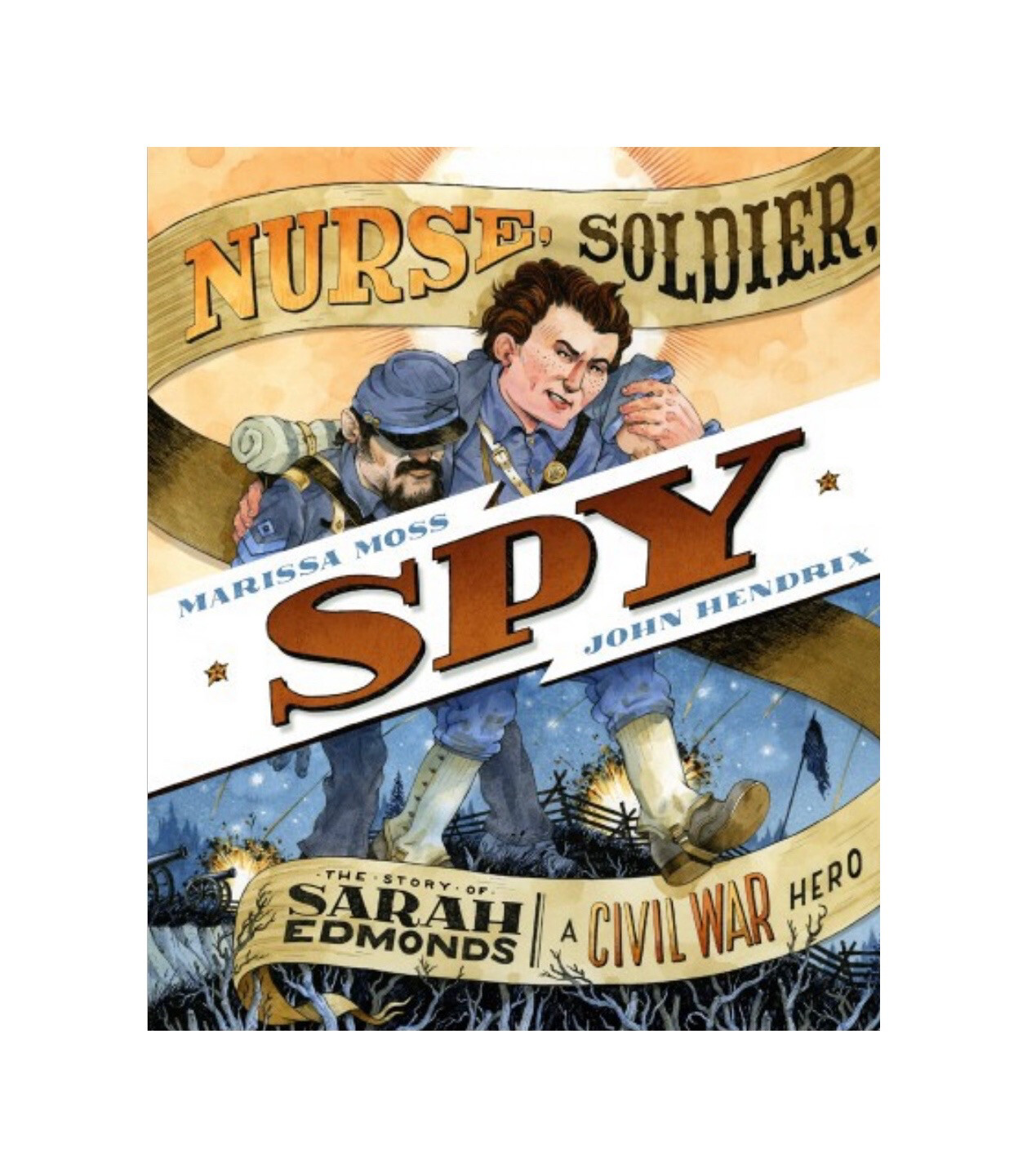 SKU GCNDM9FQM0JZ8
$9.95
In stock
1
Product Details
•48 pages
When Frank Thompson sees a recruitment poster for the new Union army, he’s ready and willing to enlist. Except Frank isn’t his real name. In fact, Frank is really Sarah Emma Edmonds, in disguise.
Only nineteen years old, Sarah has already been dressing as a man for three years and living on the run in order to escape an arranged marriage. She’s tasted freedom, and as far as she’s concerned, there’s no going back.     Eager to fight for the North during the Civil War, Sarah joins a Michigan infantry regiment. She excels as a soldier and even takes on the grueling task of nursing the wounded. Because of her heroism, she is asked to become a spy, cross enemy lines, and infiltrate a Confederate camp. For her first mission, Sarah must once again disguise herself and rely on the kindness of enslaved people to help her do her job.     This incredible true story of a brave young woman who makes an unlikely choice to fight for her country is one that should not be lost to history.
Save this product for later
Display prices in: USD