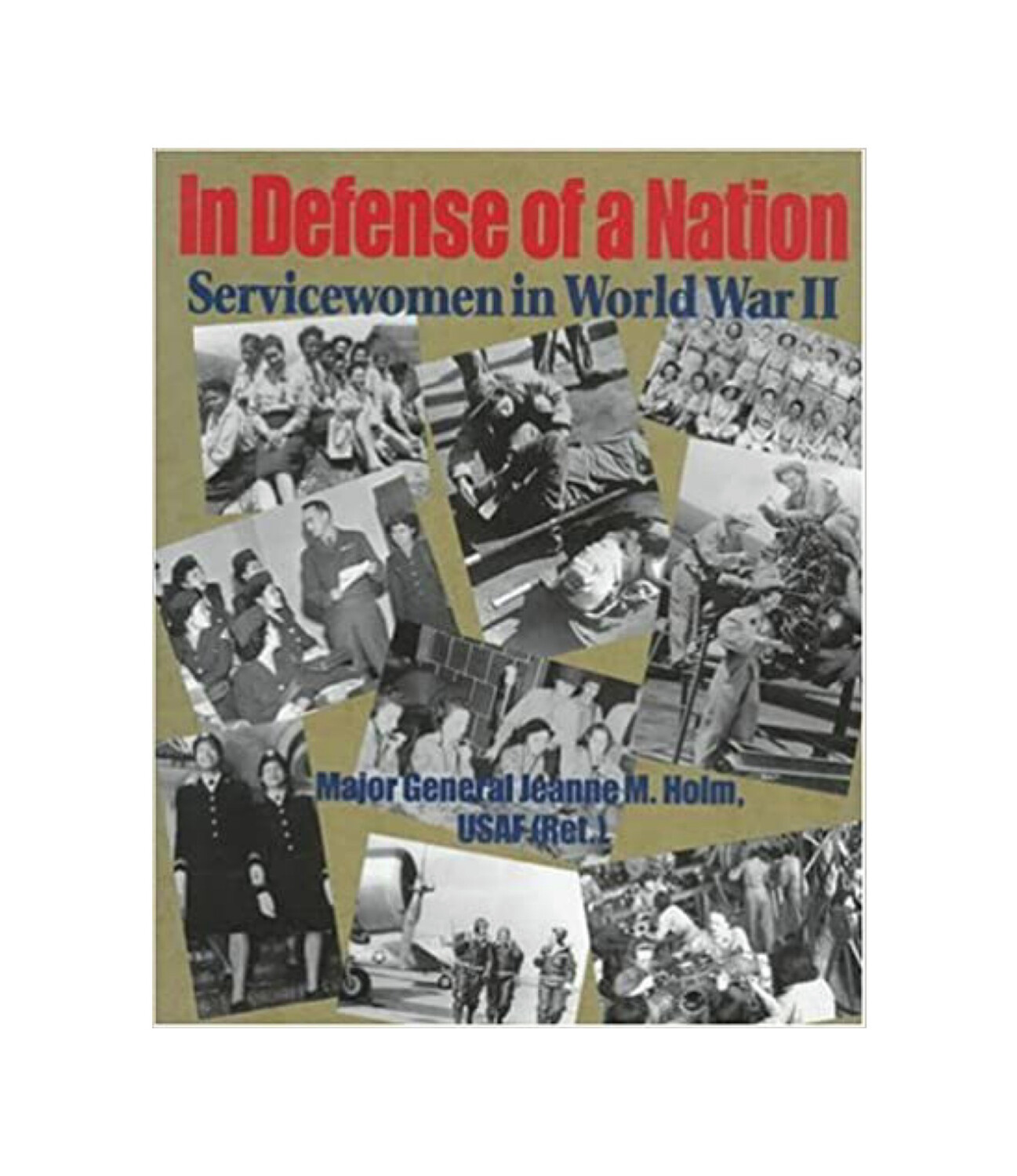 In Defense Of A Nation by Jeanne M Holm

In Defense of a Nation: Servicewomen in World War I by Major General Jeanne M. Holm, USAF (ret)

World War II was a defining moment in American history and the nation responded with a determination and unity rare in the history of the world's people. In just a few short years, the country went from being a slumbering giant to a pre-eminent military and political power. World War II also was a turning point for American society, and many of the changes that occurred during the war or that resulted from the war were to become a permanent part of the social fabric of the country. For the first rime in American history, the military services set out to recruit large numbers of women to fill not only essential nursing positions, but to meet a vast array of other military requirements. By the end of the war, over 400,000 American women had served in the armed forces, eclipsing all but the most optimistic projections, and paving the way for the permanent integration of women into the Armed Forces of the United States.

In Defense of a Nation takes a close look at the women who served, their leaders, the conditions under which they served, and the wide variety of rolls filled by these women pioneers. Complete with many never before published photographs, In Defense of a Nation offers readers a colorful inside look at an all too often overlooked part of American military history.