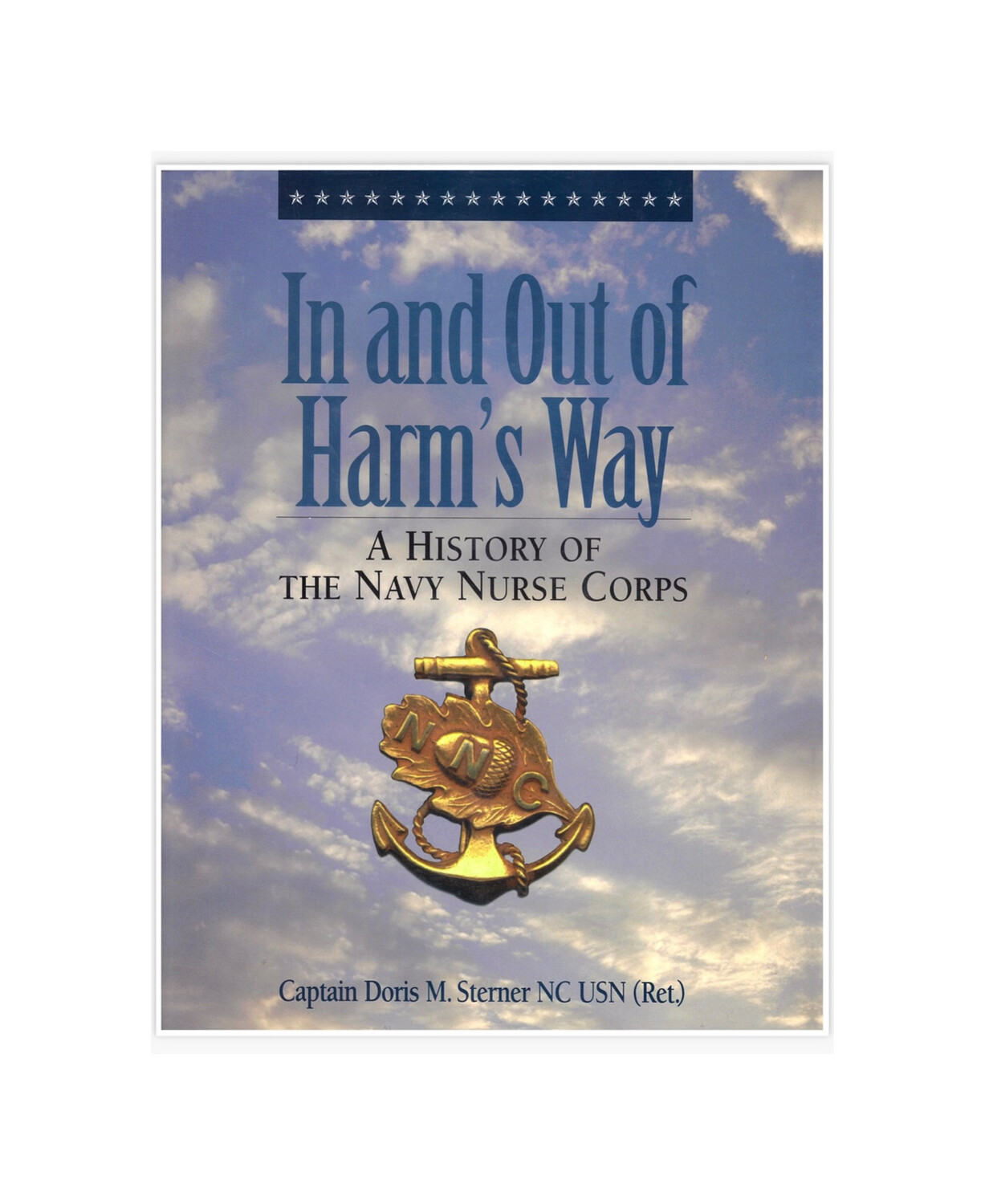 In And Out Of Harm's Way By Doris M. Sterner

This book is the first comprehensive, chronological history of the Navy

Nurse Corps. The extensive literature is impressive, and affords future

researchers a wealth of resources from which to draw. In addition to

the Corps.
In 1798, Congress established the Navy Department. By

1800, twelve hospitals existed in the United States. Only men were

permitted to serve on the nation's early hospital ships. In 1814 a Navy

of ships' hospital resources and care for sick or injured seamen. He

advocated the enrollment of women as nurses. He further recommended that

nurses be included in the management and operation of hospitals, an

unheard-of extremist point of view for that era.
The Navy Nurse

Corps was established in 1908, but the nurses served without rank. In

bravery, sacrifice, and dedication to duty, often under enemy fire. Of

particular interest are accounts of those Navy nurses who served during

and in both the European and Pacific theaters of operation.

Wherever they were assigned, Navy nurses served with distinction,

providing care of the highest quality to thousands of wounded servicemen

who had suffered burns, loss of limbs, and other severe injuries. The

wartime, from the Revolutionary War to the Persian Gulf. Navy nurses

have been a significant part of this history.