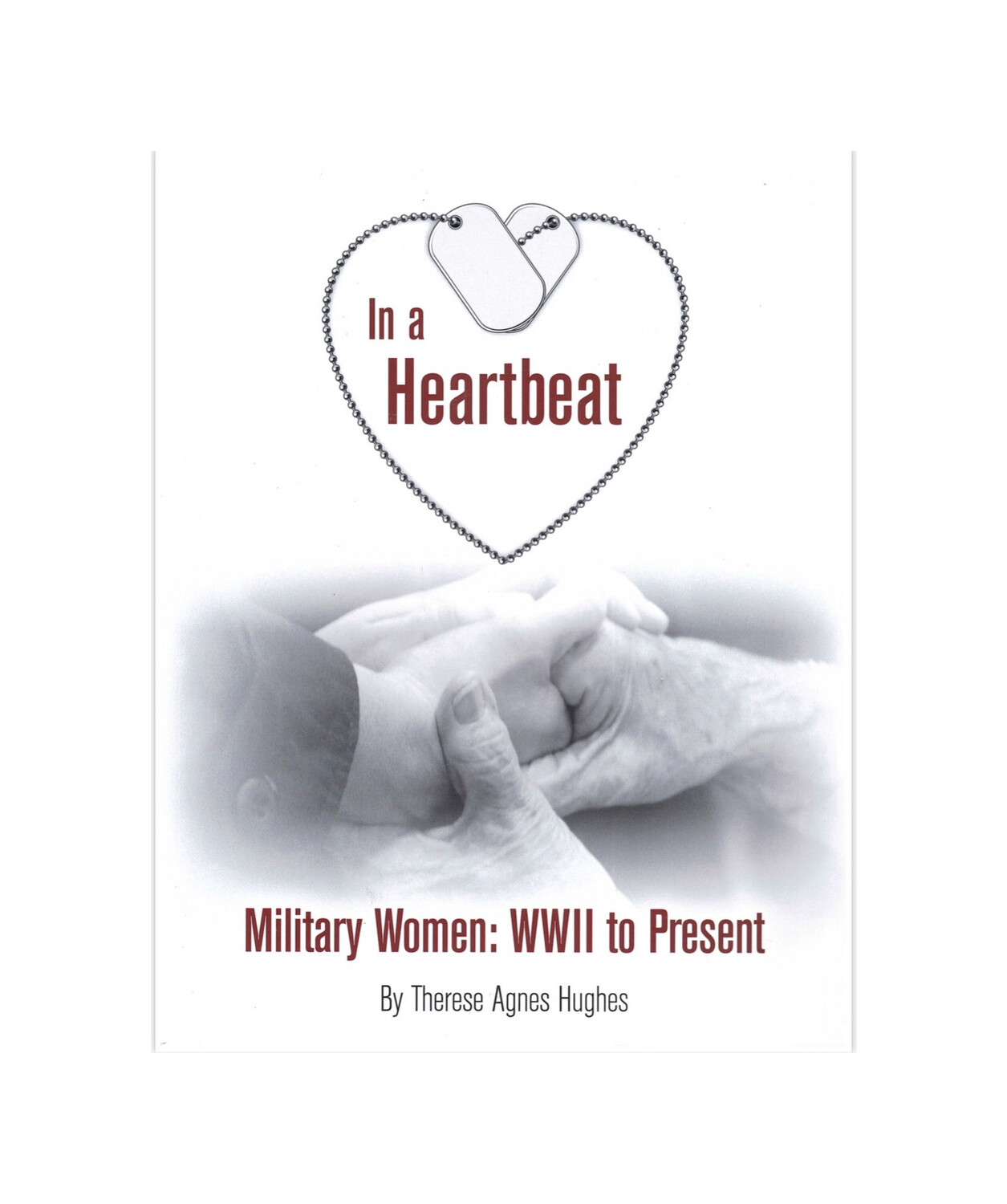 In A Heartbeat by Therese Agnes Hughes

In a Heartbeat by Therese Agnes Hughes

A note from the author:

After seven years, I am proud to announce the “In A Heartbeat” Military Women photography exhibit is published in book form. It is the first exhibit and project of its kind from a civilian. It is also a promise kept.

The exhibit is a part of the Military Women: WWII to Present Project and was on display at the Military Women’s Memorial at the Gateway to Arlington National Cemetery between November 2014 and October 2015. The entire project was vetted through and supported by DoD, all branches of our U. S. Military and state and local women Veteran Organizations.

The decision to create the book was driven by comments from friends and family of the women whose photos were on display but who were unable to attend the exhibit. The book is another way to honor these great military women and to proudly share their service with their families, friends and public at large.

I pursued this project to learn more about my mother, Ens. Marcelle Swanson, USN (WAVE). It is more than an effort of a daughter to find her mother. It is and continues to be a life altering experience. I was educated about our women Veterans, who all VOLUNTEER to serve in defense our nation and its freedoms. I am humbled and honored to share this work. Thank you for your support of our AWESOME Women Veterans.

The Gift Shop has relocated inside Fort Belvoir's Main Exchange while the Memorial building is temporarily closed for renovations.