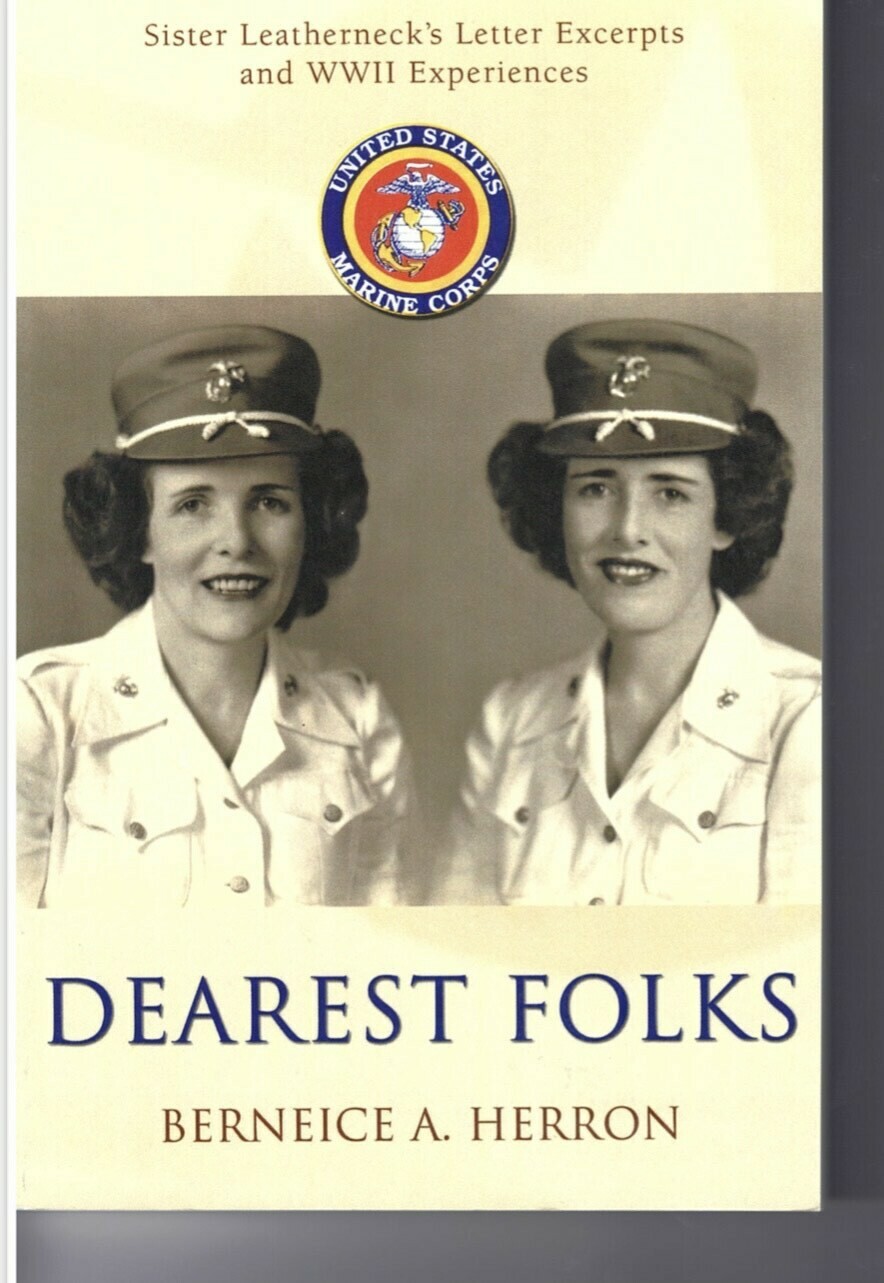 Dearest Folks By Berneice A. Herron

southwestern Minnesota, and how, in l943, they answered their "Uncle

Sam's" call by driving their l938 Chevrolet, without air conditioning,

or radio, to Long Beach, California, to work in Defense.

They accepted positions in the California Shipbuilding Corporation, where the much needed, famous "Liberty" ships were built. Eleanor returned to Minnesota that August to teach, but Berneice explored the Branches of Service. They then both decided to join the Women's Marine Corps and were members for 2 years 8 ½ months.

They went to Boot Camp at Camp Lejeune, New River, North Carolina and then to Specialist School at Cherry Point, N.C. From there they were transferred to El Toro Marine Air Base, at Santa Ana, California, where they taught Aircraft and Ship Recognition to Marine Fighter Pilots; after VJ Day the became Rehabilitation Interviewers, and helped discharge other Marines.

They wrote home almost daily and still have those letters. Excerpts from many of these most interesting, original letters are contained in the book as well as many pictures, mementos, and other illustrations.

You will find humor, history, adventure, love and excitement in reading Dearest Folks.