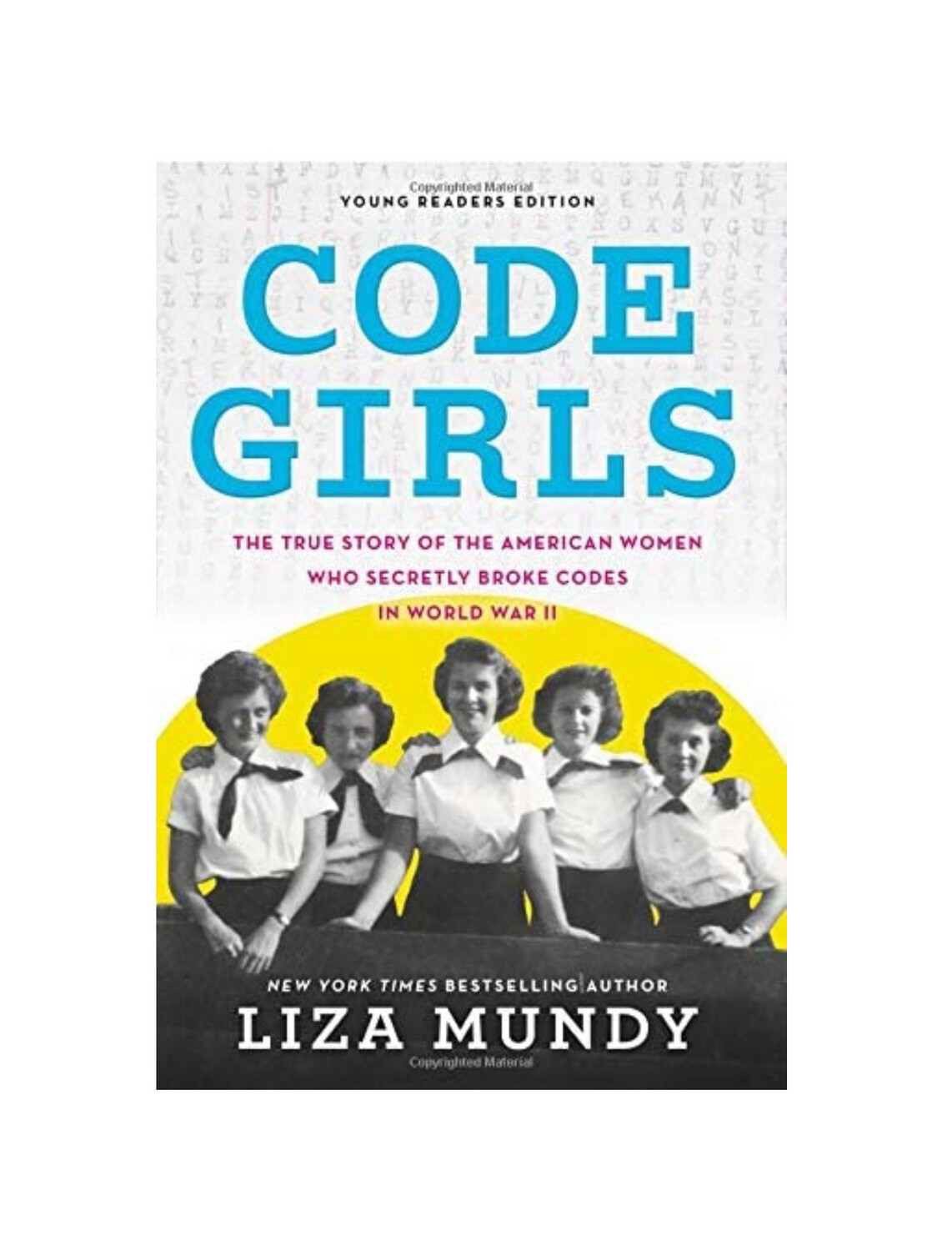 recruited by the U.S. Army and Navy. While their brothers and

boyfriends took up arms, these women moved to the nation's capital to

learn the top secret art of code breaking. Through their work,

the war. But due to the top secret nature of their accomplishments,

these women have never been able to talk about their story--until now.

Through dazzling research and countless interviews with the surviving

code girls, Liza Mundy brings their story to life with zeal, grace, and

brings this important story to young readers for the first time,

showcasing this vital story of American courage, service, and scientific