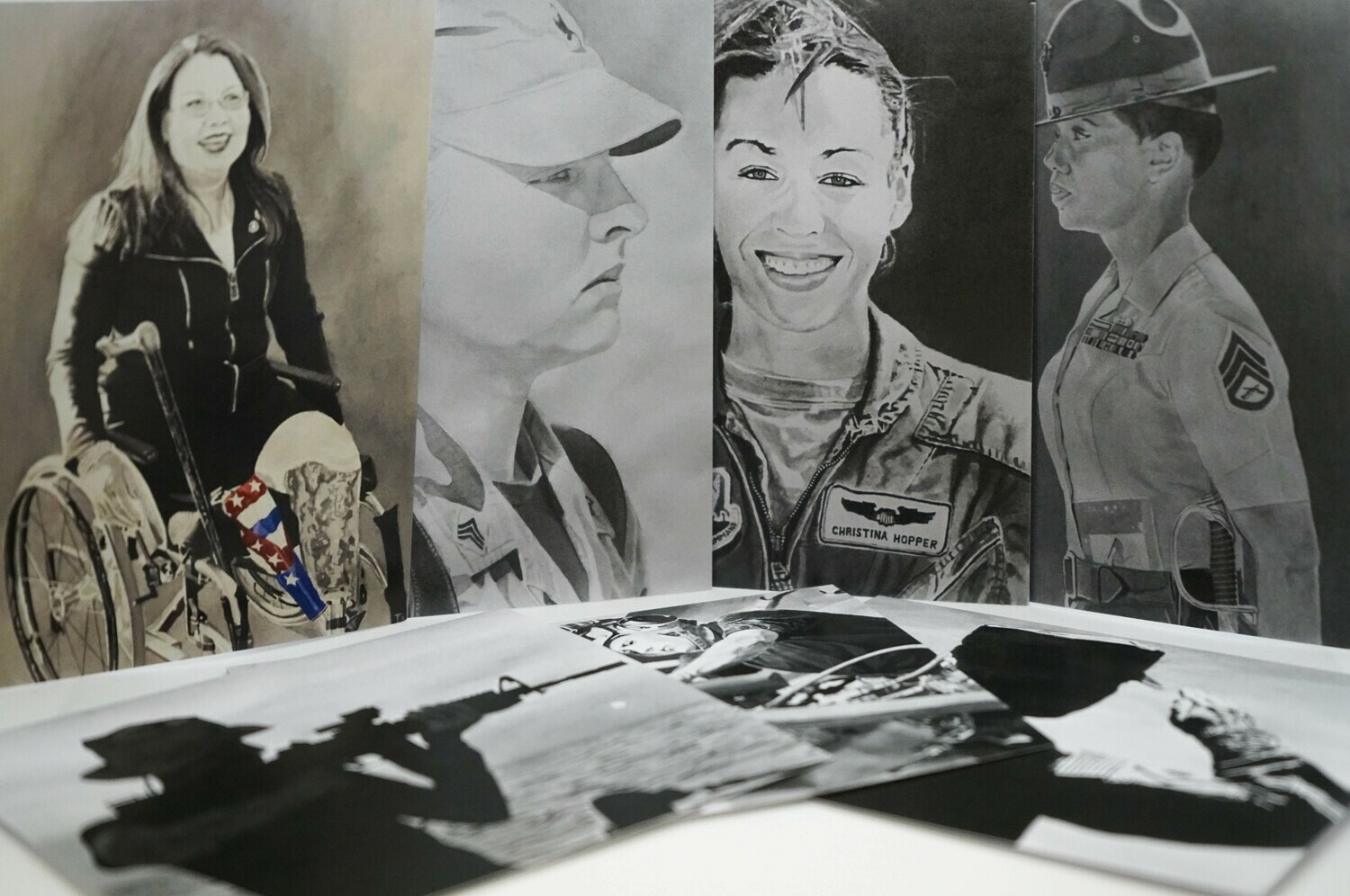 Each 4x6 note card portrays a contemporary woman who has served in the U.S. military.

Featured on the note cards are: