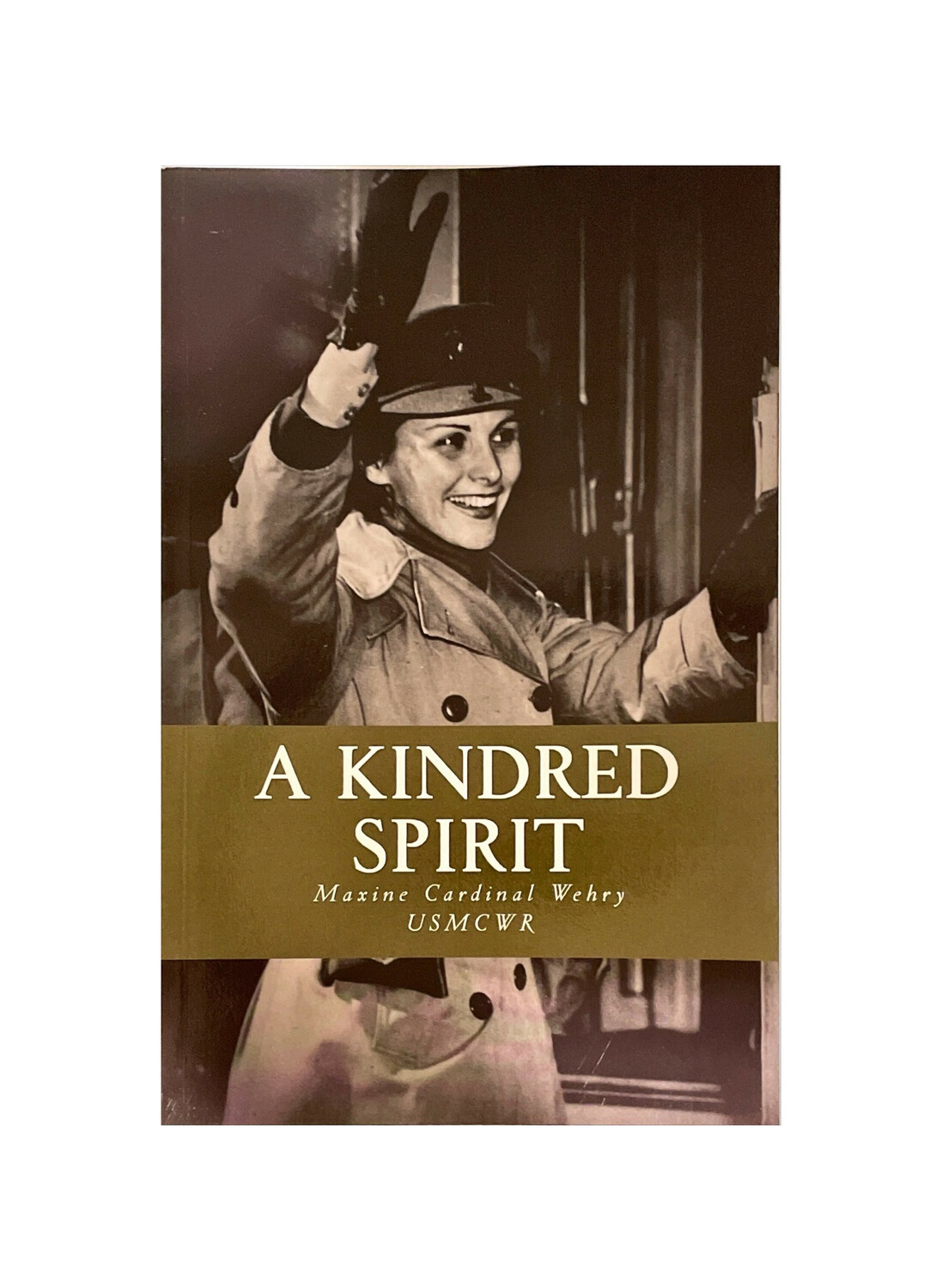 A kindred spirit, an esprit-de-corps, exists in the hearts of Marines and is epitomized in their motto, “Semper Fidelis, Always Faithful.” It’s the encouragement Maxine Cardinal Wehry needed to write her story.

During WWII, Maxine Cardinal was a young Woman Marine stationed at the Marine Corps Air Station, Ewa, Oahu, Territory of Hawaii. On the weekend of May 26-27, 1945, she met a young Marine survivor of Iwo Jima. He was with the Fifth Marine Division and Easy Company, who had raised our flag, “Old Glory,” on Mt. Suribachi. They were Marines and Hoosiers,thousands of miles from their homes in Evansville and Vincennes, Indiana and a kindred spirit of home existed. When they parted, PFC Lonnie Crowell gave her a Japanese “Rising Sun” flag as a souvenir. Fifty-four years later, she discovered on the flag, three fading signatures: Lonnie Crowell, IND; Gene Marshall, NC; and Leonard J. Mooney, NJ. In 2007 she started a journey to find the three people to connect with the threenames. This is her adventure.