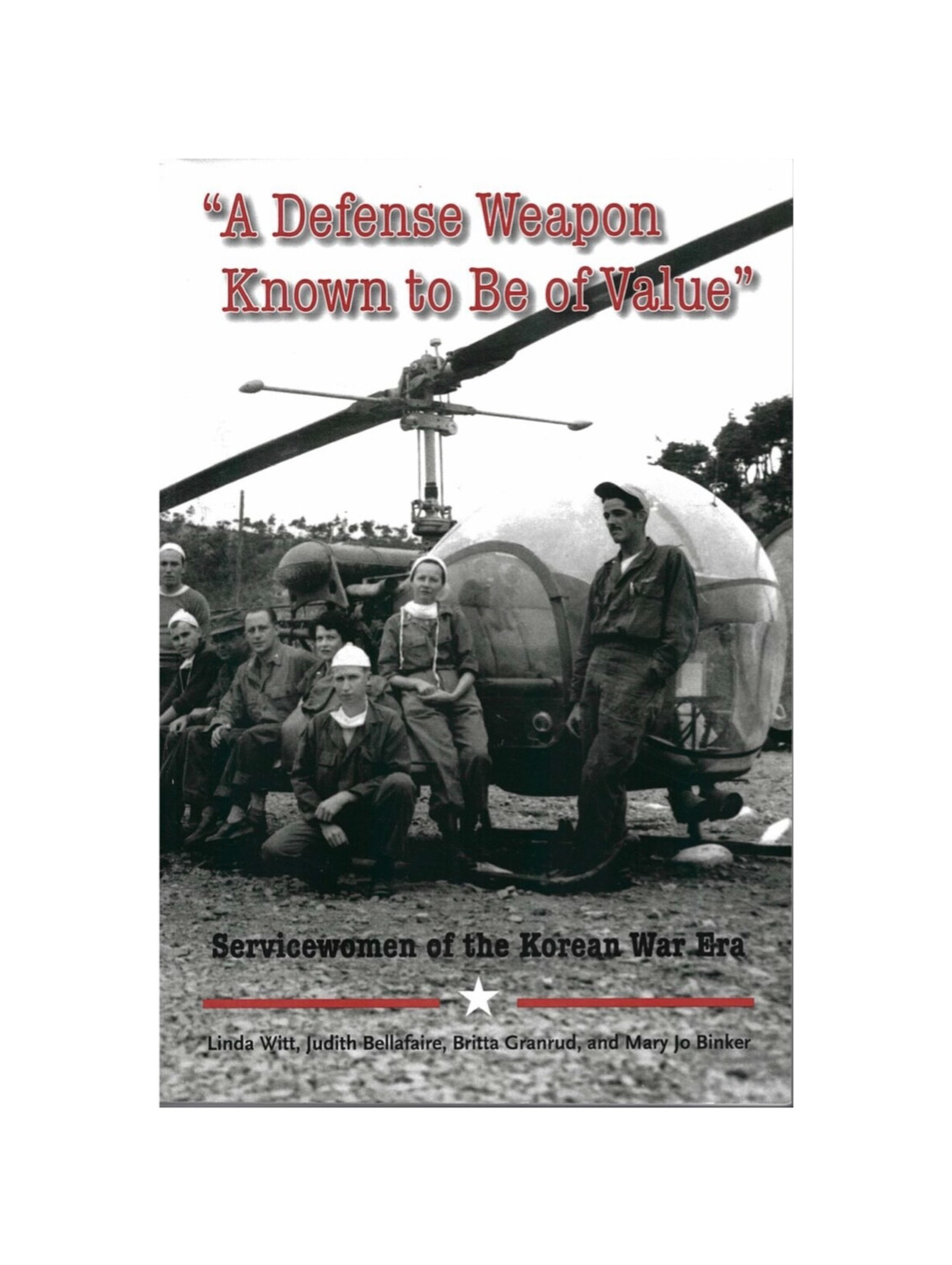 A Defense Weapon Known To Be Of Value By Linda Witt

A Defense Weapon Known to Be of Value: Servicewomen of the Korean War Era by Linda Witt, Judith Ballafaire, Britta Branrud and Mary Jo Binker

Fewer than five years after World War II, the United States found itself once again confronted by a war for which it was unprepared. Once again a downsized military establishment rushed to call up, draft, and recruit the needed manpower. And once again when it came up short, the services asked American women to leave their homes, jobs, and families to serve their country.

This book chronicles the crucial work of servicewomen in the Korean War, and other uniformed women who helped support that war and the burgeoning Cold War in places as far flung as the Pacific atoll of Kwajalein, bases in still-occupied post-war Germany and Japan, and lonely, isolated outposts such as Great Falls, Montana.

The few short years between 1945 and 1953 saw pivotal changes in women's status in the U.S. Armed Forces. In a series of controversial and sometimes bitter legislative contests, women went from being almost a historical footnote in the immediate postwar period--a source of labor and skills the nation's military took for granted--to winning a permanent place in each branch of the armed services.

Largely based on the rich archives housed at the Women In Military Service For America Memorial Foundation, this volume records the actions of women who served in the armed forces, as well as those in the Red Cross, the USO, and other nongovernmental organizations that sent women overseas in support of U.S. military personnel.

Topics include the efforts of the Department of Defense to increase the number of female recruits for the Korean War and the difficulty of retaining them in an era that valued homemakers and devalued career women; the cost to the military of the female talent drain just when the military needed them most; and a close look at Army, Navy and Air Force nurses, as well as those in the innovative M.A.S.H. units, who all performed magnificently under dangerous and harsh conditions.